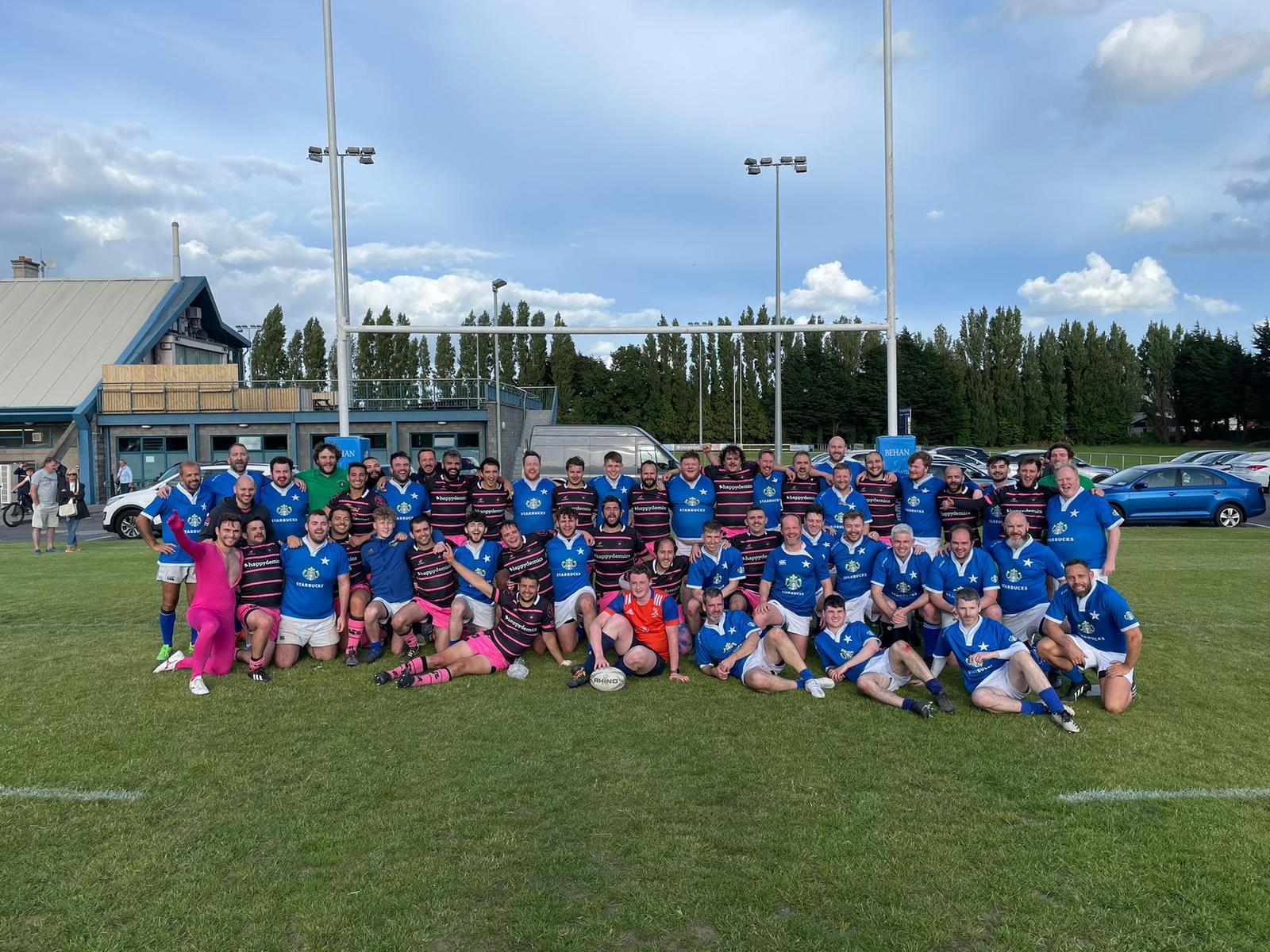 It may only be a few weeks to go until Summer Tag and pre season activity returns to the club, but we had some nice summer rugby action in Templeville Road last Saturday. Our J3/J4z hosted The All Pinks from Paris in a touring friendly in a sunny evening game.

A squad of 27 Mary's men led by Flats & Colly were eager to get a summer run out in the nice weather!

Despite the break of a few weeks since the season ended, the rugby action was still very competitive, with the St. Mary's men winning 32-24 in a closely fought game.

To round off the evening, as well as welcoming the visitors into the clubhouse, it was the first opportunity the victorious J4 Metro League Division 9 winners had to get together. They were (finally!!) able to get their hands on their well-earned league winners' medals.

Thanks to all the event organisers for a great evening!

The monthly draw for June was won by none other than Pet...

Don’t forget to book in for breakfast on Saturday morning...